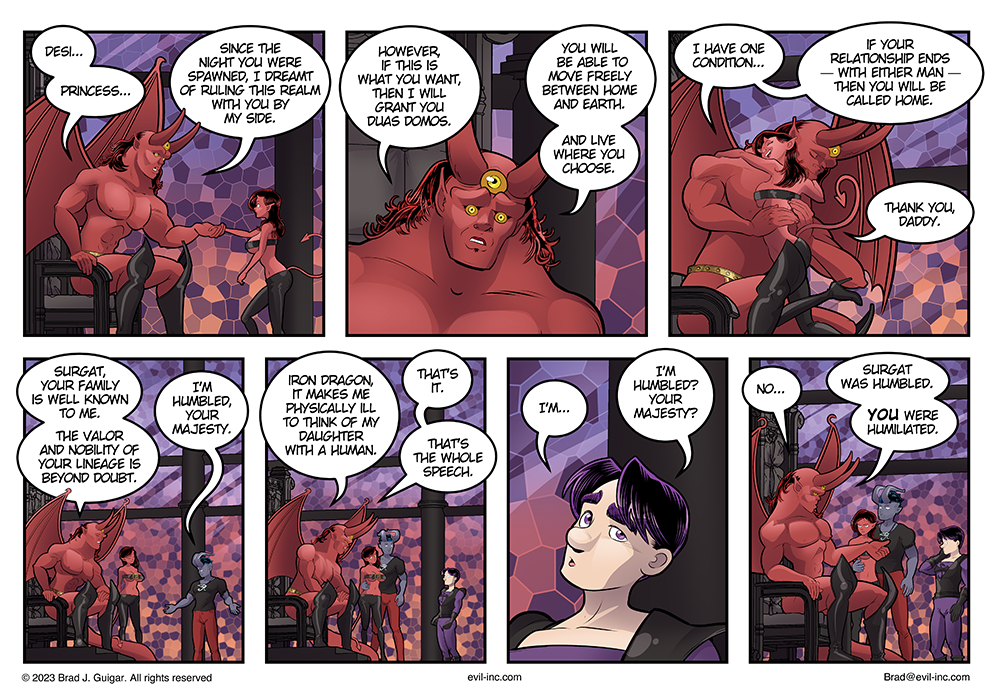 Everyone seems to be wondering where to post/publish their comics. So we'll talk about what it really means to "own and control your own work." Then we're joined by Ellen Woodbury of "Pizza Cake Comics."

I have a new comic store. And they just made me a loyal customer.

See, here’s the deal, I fell for the whole Countdown to Infinite Crisis hook like a hypnotized lemur. I put them all on my reserve file at my old comic book shop.

I checked back in a while later. I had issues 1 and 3 from one title. Only issue 2 from another. Only issue 3 from a third… it was pretty pathetic. So, I wandered into Hall of Heroes in Cherry Hill Mall in New Jersey and ended up talking to the guy behind the counter. He helped me plug most of the holes in all four series… even going to the back room to find some. He pointed out some great titles I’d forgotten to look for (Like “The Defenders”) and was an all-around likeable comic-shop guy. 🙂

Before I knew it, I’d started a new reserve list there and left with plans to cancel my reserve at the old place.

I’m still sore about the OMAC project series. Issue #3 leaves off and says you have to read three other titles to fill in the gap between OMAC #3 and OMAC #4. I hate that. And I didn’t read it until I already had OMAC #4 in my hands, saying, “Wha–? When did that ha–? What’s going on h–?!”

So I go in to pick up my reserves today, and I get the OMAC #5 and a bunch of other titles.

It’s not till I get home when I find a little something that they threw in for me: The issue of Wonder Woman that was one of the three you needed to read to understand the OMAC gap. A wonderful ish. An ish not in my reserve list, but one I wanted very much.

The guy behind the counter (a different guy) had asked me to check them over to make sure they were the ones I wanted — and I didn, kinda — but I kinda thought it was a formality.

Anyway… Whoever was thoughtful enough to throw that WW issue into my file won over a loyal customer for a long time… and a little plug. If they had a Web site, I’d link it. But suffice it to say, stop in to Hall of Heroes in the Cherry Hill mall. It’s a really swank store with books, T-shirts, figurines, Godzilla stuff… kind of a comic con in a can.